From Ways of Darkness
Jump to navigation Jump to search

László Dornfeld (pronounced [laːsloː doɾɱfɛld]) - also known as Dermaglen, Dörmi or Hans Luders - is a Hungarian lawyer, a former former friend of Zsolt Tóth and a friend of Kriszta. He contributed to the Ways of Darkness franchise before the November of 2015, when he left the team. 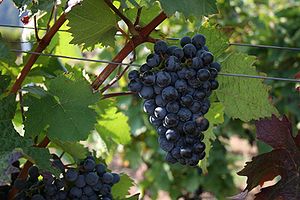 László Dornfeld joined the Ways of Darkness team during the summer of 2015. He was already acquited with the rest of the team, having been acquintances with both Kriszta and Zsolt Tóth ever since 2007. He met Tóth on Alternate World, and until Dornfeld's final departure in 2015, the two's relationship constantly swung between friendly and antagonistic, with long periods of no communication. Before Ways of Darkness, Dornfeld also acted as Dungeon Master on Tóth's Doom FRPG, and two also made numerous failed attempts to co-write a novel.

The man himself. Can you recognize King Bryant I of Etrand there?

Dornfeld contributed immesurably to the Ways of Darkness franchise by creating a backstory for King Bryant I of Etrand: the Etrandish Succession War of 718. This is what inspired Tóth to make a similar backstory for Bryant's son King Cairbré I of Etrand. The whole cold war between Cairbré and Cairi of Dragoc was also his idea, leading up to the pre-existing Froturnish Civil War. Likewise, the Carolus Conspiracy was also his brainchild. He was also the first one to have the idea of adding an eastern continent to the world, with empires based on eastern (Persian, Indian, Chinese, Japanese, etc.) cultures, as opposed to the more western-influenced Artograch - and he started by creating the China-inspired Ling Empire, which would be replaced by the Shár Empire upon his sudden departure from the team.

He also contributed the characters Reyanna Rýger, Dermaglen and Ladislaus Dominus to the franchise, the latter two of which are based off him. Due to the personal fallout between him and Tóth, the latter two might get removed in the future.

Dornfeld and Tóth had a vastly different idea of what should be the future of the Ways of Darkness franchise. Even from the very beginning, the two of them had very different ideas on the future, with Tóth being more in favour of the original, if somewhat cliché'd format of the main thread being a fight between good and evil, between the forces of Light (Humans, Elves, etc.) and the forces of Darkness (Demons, Undead, etc.) - in contrast, Dornfeld wanted something more inspired by Game of Thrones, with the aforementioned conflict being sidelined in favour of more (civil) wars between the "good guys", focusing on dynastic conflicts, court intrigue, and realpolitik. Additionally, when Dornfeld created his Ling Empire, he didn't even bother hiding the fact that it was based off China, going so far as making their language Mandarin Chinese with another name (written with Chinese characters none the less), instead of their own fictional language with their own fictional writing system (something that Tóth insisted on). The conflicting visions constantly clashed, and escalation was inevitable.

This previously benign conflict between the two escalated in the November of 2015, when Dornfeld semi-jokingly informed Tóth of his vision of the franchise's future, where in the future, the Lings would invade Gabyr, Froturn would be partitioned between Dragoc and Etrand, there would be modernization, industrialization and magic becoming rarer (Magicians becoming more akin to the Jedi from Star Wars). This enraged Tóth, who, among other things, had no intention to advance the canon beyond the date of 833 until he had an opportunity to develop a video game or something. Heavily disagreeing with Dornfeld's vision, feeling threatened that he might be trying to usurp and subvert his franchise, but lacking the bravery to stand up to him and tell him straight how he felt, Tóth wrote a (now-deleted) article about a recent treaty between Etrand, Dragoc and Froturn, which would have resulted in the creation of a united front in case of a Ling invasion. Upon seeing the article, Dornfeld was enraged and immediately left the team, ceasing all communications with Tóth.

The two of them haven't communicated ever since (other than sparingly via Kriszta as a proxy), and thus it is highly unlikely that Dornfeld will ever return to the team. Ever since that, Tóth has been on the search for a co-creator to replace Dornfeld.

László Dornfeld in his personal life is a lawyer from Miskolc. He is also active on Facebook and Steam.